Our New Girl, by Nancy Harris: a Pre - #MeToo play that is even more relevant today

|In Academic Writing, Commentary on Art
|By Kevin Michael Reed

“Knowledge and power are constantly in flux in the play world,” says Fintan Walsh (2012) in his review of the premiere of Our New Girl at London’s Bush Theatre. This is true not only because it challenges the audience and characters with knowledge and power, but also questions that which is part of our society at large. The piece has been called “so cruelly true it’s almost horrible to watch (Letts),” but in a world where lies and illusion have become every day television news drama, maybe that is just what our theatre needs right now: theatre that is both cruel and true. Our New Girl, by Nancy Harris, presents a realistic look at the trials of marriage, parenthood and, the larger societal issue of, gender roles in the household that needsto be examined and consistently re-told in a post – #MeToo world.

At the start, the surface plot of the play presents a contemporary Mary Poppins story, but goes far beyond this simplistic analysis. A ‘gift’ from absent father and husband Richard, an Irish nanny from Sligo named Annie, descends on the East London home of a pregnant, stay at home mother, Hazel, who struggles to take care of her eight year old son, Daniel. “I can’t see how he could’ve just – not remember to tell me,” says Hazel (4), of her husband, as she protectively attempts to send the family’s new, covertly hired nanny on her way, but it is quickly revealed that Richard made a well thought out decision to hire Annie. While Hazel struggles to keep up with her new, home-based business selling olive oil, bottles of product pile up throughout the home; Hazel had decided to start the business while on a trip to Italy and after seeing a woman running an olive oil farm and restaurant while raising her own kids. For Richard, Hazel’s business is just seen through the male lens of a ‘girl-crush’ (65), but, for
Hazel, it is an attempt to maintain her own independence.

Hazel was a high-powered lawyer on track to become her firm’s first female partner before realizing shortly after Daniel’s birth, and accidently leaving him in a shopping cart at the supermarket when her boss called with a client problem (73), that she couldn’t handle a life that combined being a mother and a practicing lawyer. She sees her son as evil and struggles to connect with him and, though not outwardly said, blames him for having to leave the workforce. Her story leading to a life that doesn’t provide any fulfillment contrasts with Richard who performs plastic surgery on rich Londoners, something he doesn’t find fulfilling, so he can go to war-torn and tragedy-stricken areas to “save a life” and “change a life”.

Today, this piece is as relevant as ever. The play looks in on a single household through its perfectly modern kitchen, and at a bigger world view issue of gender ideologies that have been engrained in our society. In 2004, now United States President Donald Trump said, “pregnancy is… a wonderful thing for the woman, it’s a wonderful thing for the husband, it’s certainly an inconvenience for a business. (Trump, 2004, as cited in Gloor et all, 2018)” David and Greenstein believe that “gender ideology, […] an individual’s level of support for a division of paid work and family responsibilities, […] functions as a lens through which many social processes and events are viewed, interpreted, and acted upon. (2009)”. Though these ideologies have changed over time in favor of more equal participation in the household, there is more to be done as is evidenced by current employment data stagnation. While employment of women rose through the 1990s, a recent study by the Federal Reserve Bank of St. Louis shows that the number of women, ages 25 to 54, working today is almost exactly the same as in 1990; In 1990, 57.6% of women were working versus 57.3% in 2018 (“Civilian Labor Force Participation Rate: Women”). In the United Kingdom, government data suggests that during the same period, employment of women ages 16 to 64 grew from 63.3% to 71% (“Female Employment Rate (Aged 16 To 64, Seasonally Adjusted) – Office For National Statistics”). Combine the hard data with a rise of rightist political views in the United States, Europe and South America countries, there is a threat to any progress made.

Our New Girl puts Annie’s broken and abusive childhood growing up on a farm in rural Ireland against Hazel’s more privileged life and upbringing in London. Where the latter life has produced a prisoner of circumstance, by marriage and motherhood, and the former has allowed a woman to escape her own prison in search of a life on her own terms. It doesn’t provide answers, but asks audiences to find solutions for modern parenting in a misogynistic world that gives power to men with money looking to do good over women whose dreams are hampered by the social constructs of marriage determined by gender. It blatantly and plainly takes us into a home of a man who believes his own needs are above his wife’s, while ‘gifts’ and the ‘pleasures’ of a modern home afforded by his success should be enough to satisfy the modern woman. In one room, over the course of two weeks, we see the harm that old ideas
have on women and children.

Directors tend to question the projects that present themselves. What issues should you contribute to? Which projects should be left to someone else? Where do you have unique life experience that allows you to connect with the work at hand? Most of all, however, is the opportunity to learn from a production and seek opportunities to tell stories that question the societal norms that you have been brought up in. As a child of the 80’s and a white, cisgendered male director who grew up in the suburbs of New York City, I, too, grew up in a home where my mother gave up her career to raise four children while my father was the breadwinner outside the house. Though this scenario was the norm in my sleepy suburban town, I often question the effect of this life on those around me; In a post-#MeToo world, it is essential that these lives are brought into the discussion and Our New Girl does this in brave form. 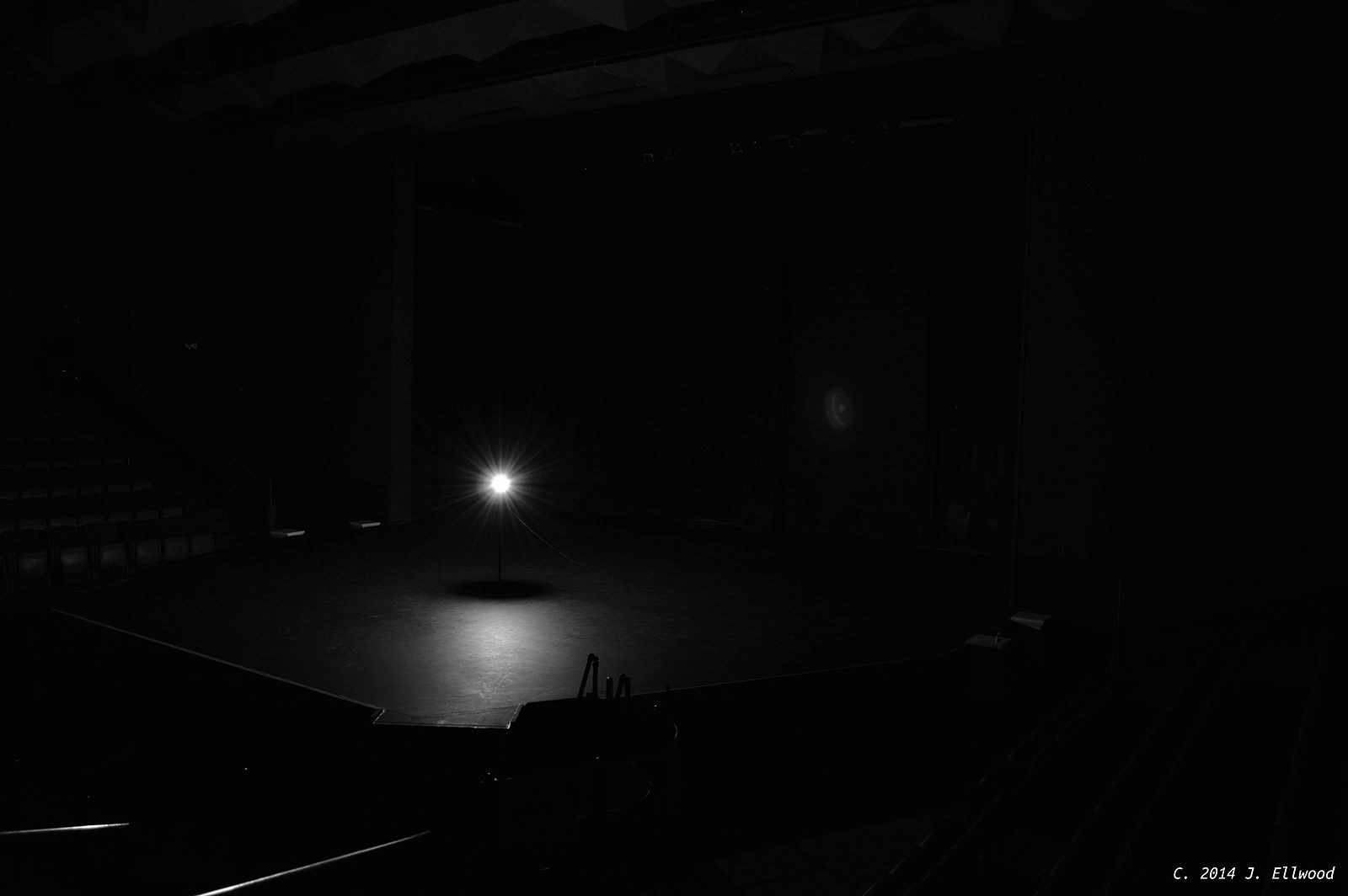 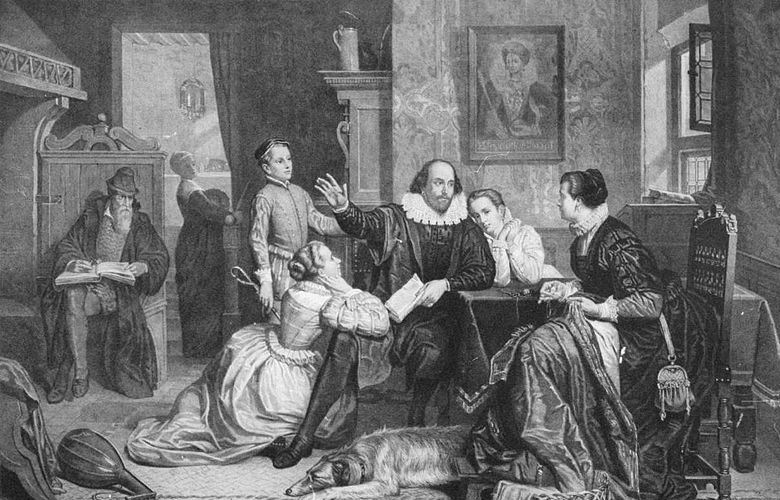 HAMLET: A personal exploration of grief and loss

The Bard explored his own relationships… 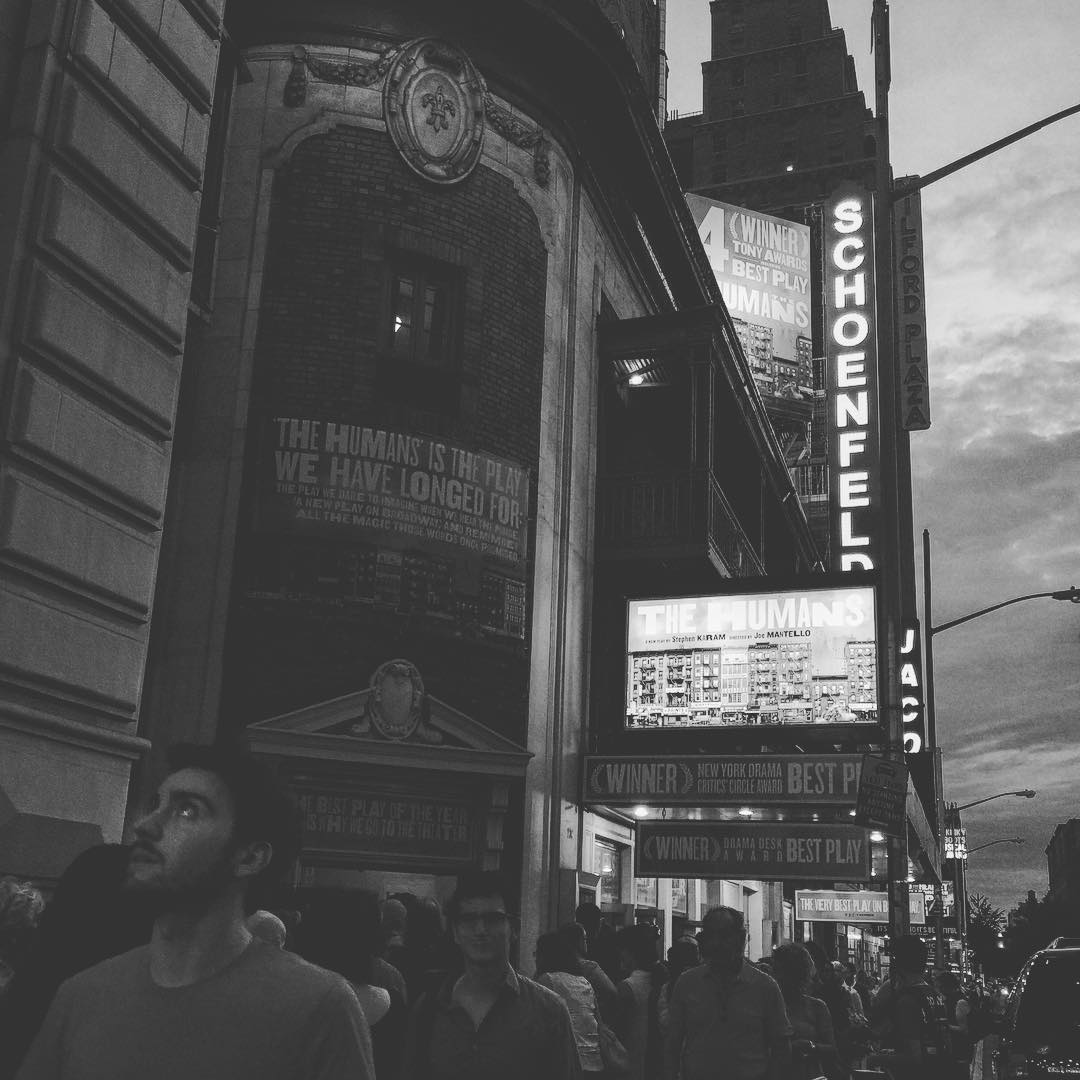