Premiere Of THE GREAT GATSBY: A LIVE RADIO PLAY is Coming To Legacy Theatre This Month

Premiere Of THE GREAT GATSBY: A LIVE RADIO PLAY is Coming To Legacy Theatre This Month

From September 15 to October 1, 2022, at the Legacy Theatre in Branford, F. Scott Fitzgerald‘s beloved classic comes to life as a 1940s radio broadcast in The Great Gatsby: A Live Radio Play! In this spirited adaptation of The Great Gatsby, an ensemble brings more than two dozen characters from the novel to the Legacy stage as a live broadcast, punctuated by ’40s-era commercials. A story of triumph and tragedy that reflects the decadence of the Jazz Age and the perils of the American Dream, this play brings the iconic tale to life with a fun twist.

Still, ain’t we got fun? 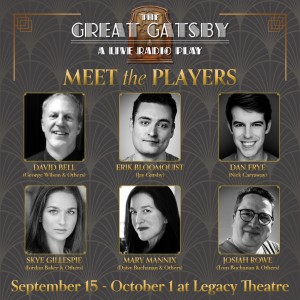 The Great Gatsby: A Live Radio Play is directed by Kevin Michael Reed, a Branford native whose directorial credits include I Do! I Do! at Legacy Theatre earlier this season in his U.S. directorial debut, X by Alistair McDowall at The Lir Academy, and Shadows by CJ Lloyd Webley. David Bell serves as Music Director of the production, with Joe Landry as Assistant Director and Dramaturg, and Noah Golden as Associate Director. The cast features Equity actor Erik Bloomquist, as well as David Bell, Skye Gillespie, Mary Mannix, Josiah Rowe, and Branford native Dan Frye, who was last seen as Snoopy in Legacy’s popular production of You’re a Good Man, Charlie Brown.

The Great Gatsby: A Live Radio Play plays Thursdays through Saturdays at Legacy, and tickets are on sale now! You won’t want to miss this stellar adaptation of the iconic Great Gatsby story you know and love. Tickets can be purchased online at Legacy’s website, LegacyTheatreCT.org, or in-person or via phone at the Box Office during open hours, which can be found in the footer of Legacy’s website. The Box Office can be reached at (203) 315-1901. Tickets to the production are $35-$60, with discounted rates for seniors, students, and groups available through the Box Office.

The Legacy Theatre is located in the village of Stony Creek in Branford, CT. In keeping with Connecticut Safety Guidelines, masks are required for non-vaccinated patrons when in the building and are also strongly recommended for those who have been vaccinated, though not required. Legacy Theatre has a state-of-the-art air filtration system, and the theatre is cleaned and sanitized after every performance. @LegacyTheatreCT 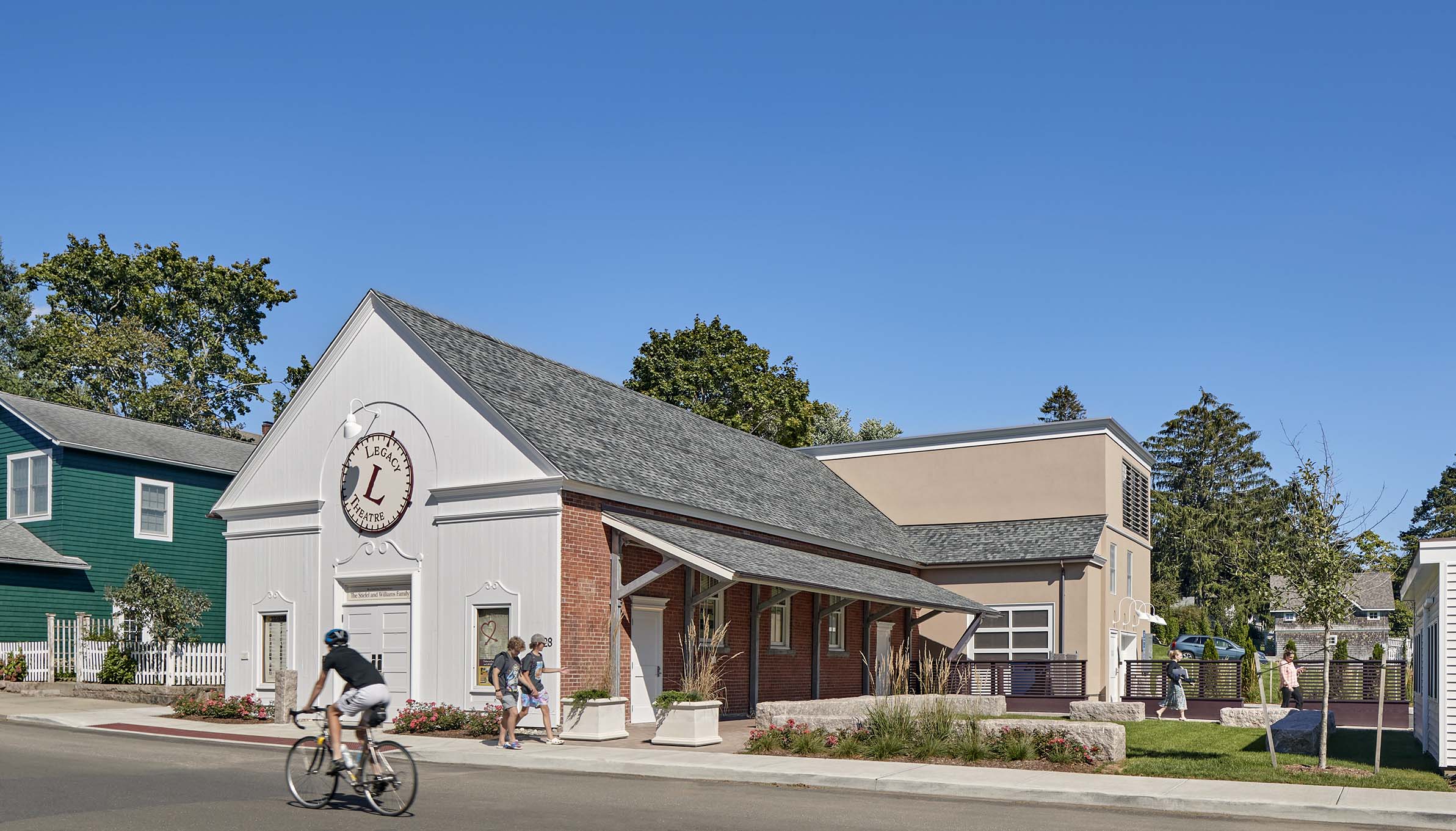 The Legacy Theatre, Branford's own…

On February 2, Kevin Michael Reed was…